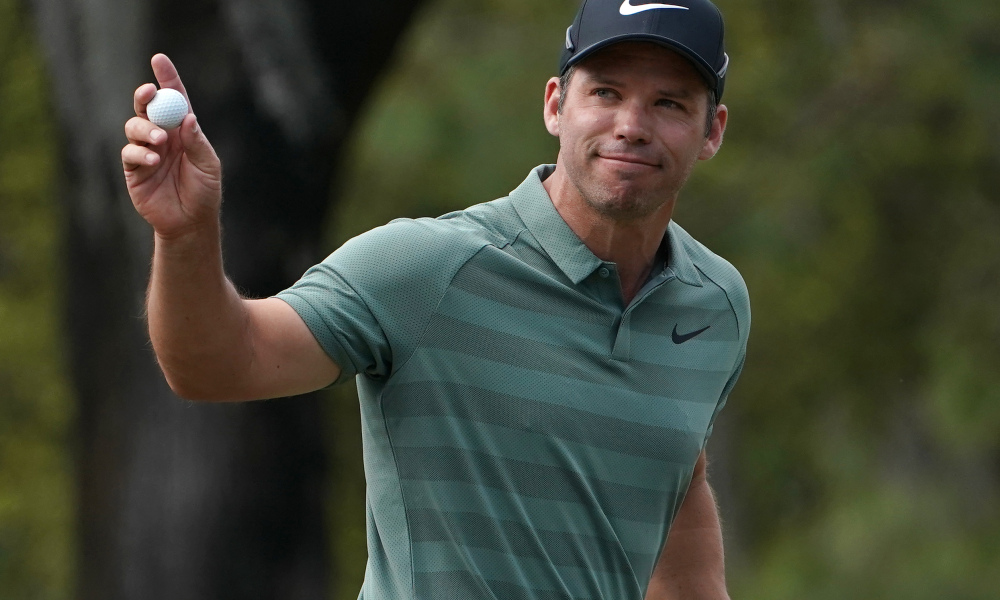 Paul Casey narrowly avoids a playoff with Tiger Woods at the Valspar, Tiger's comeback is legit and the USGA has some new rules for us in today's Monday Morning Caddy.

While other tour players *cough* Tiger Woods *cough cough* may have gotten the lion’s share of attention and TV coverage, Paul Casey quietly put together a stellar tournament and emerged the winner at the 2018 Valspar Championship.

His win wasn’t without drama – down two strokes with two to play, Tiger drained a 44-foot birdie putt on 17 and narrowly missed a birdie putt on 18 to take the match to a playoff.  This was Casey’s second Tour win and his first since the 2009 Houston Open.  The fact that he started Sunday’s round five shots back and closed with four par saves is just icing on the cake.

Paul Casey was absolutely clutch on Sunday at the Valspar Championship and he was certainly helped by some great equipment.  If you want to play like PGA Pro Paul Casey (or at least play with the same equipment), here’s what you’ll need:

Is This Tiger Comeback Legit?

Tiger Woods hasn’t won a golf tournament since 2013 and less than a year ago, he began recovering from his fourth (yes fourth) back surgery.  If this were any other player, we would have written Tiger off years ago, and many likely did.

However, this 2018 version of Tiger Woods has a different feel.  He’s more relaxed and actually seems to be enjoying himself on the course.  He’s swinging hard (Tiger recorded the highest clubhead speed on tour at the Valspar),  and not always hitting the fairway, but he’s recovering well and his short game is on point.  And maybe most importantly, he’s been in contention now two weeks in a row.

Assuming Tiger can stay healthy (which is no guarantee), I have a feeling that we’ll be seeing a lot more of the red and black combo on Sundays.  And if that’s the case, it’s logical to assume that he’ll be able to pull out one or two wins as well.

The USGA Rules of Golf have long been regarded by the average joe as overly complicated and difficult to understand at times.  For once, the USGA actually listened and made some common sense changes that should make the sport more enjoyable.  Here are the big changes that will be impacting golfers:

1. No penalty for accidentally moving your ball on the green

You no longer have to stress out about bumping your ball before marking it and incurring a penalty stroke.  All the clumsy golfers out there shout “Hooray!”

2. You can putt with the flagstick in the hole

This rule change will definitely help improve the pace of play and help avoid arguments about who put the flagstick back last.

3. You can repair spike marks on the green

I’m not quite sure why this was ever a rule anyway.  Good change USGA.

4. No penalty for accidentally touching the ground in a bunker or penalty area.

If you’re in a bunker or a penalty area, aren’t you getting punished enough without the stress of having to worry about accidently brushing the ground with your wedge?

5. You have three minutes to search for a lost ball instead of five

I have some buddies that this new rule may upset, but personally, I’m ecstatic about the change.  It’ll improve the pace of play and will give golfers a legitimate reason to have their friend who spends hours looking for lost balls move on.  A+ for helping make the game speedier.

6. You can continue to use a damaged club during a round

I’m not sure how many golfers this impacts, but if it sets minds at ease and allows you to play with more confidence, it seems like a good move.

7. Rangefinders are fair game unless a local rule prohibits it

We are definitely on board with this rule update.  Technology is definitely your friend on the golf course and rangefinders not only help you play better, but they are a fun addition to the game.

8. You can take relief from any embedded lie, except in a bunker

This one will definitely help golfers of all skill levels.  It should help speed up the pace of play since theoretically, a better lie should result in a better shot.

There are quite a few other changes, most keeping in line with the concept that golfers should not be penalized for unintentional acts that have no benefit to them.  Things like a double hit or being struck by a ball that bounces off a bunker wall are no longer penalized.  In general, the new rules are much gentler and a whole lot easier to understand.  Kudos USGA for making some real changes.

Shot of the Week

Down two strokes with two to go at the Valspar Championship, Tiger needed back to back birdies to force a playoff and have a chance of winning.  He hit the green on the Par 3 17th, but was left with a 44 foot, big breaking putt for birdie.  We'll let you see the result: