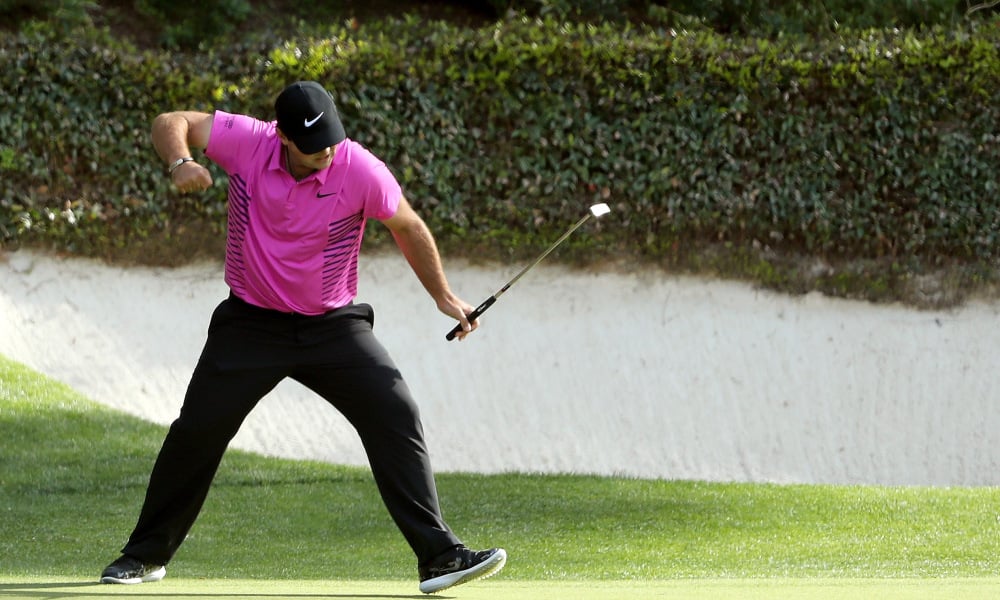 Patrick Reed took on all comers fended off late surges from Jordan Spieth and Rickie Fowler to win the 2018 Masters.  He held his own and earned his first major victory in style.  Read up on all the highlights from the Masters and catch up on the top shots of the tournament in today's Monday Morning Caddy.

Prior to his 2018 Masters win, Patrick Reed was likely best known for his passionate and dominant performances at the past two Ryder Cups.  After donning the green jacket at his first major victory, Patrick Reed will now be recognized for his individual play as well.

While Reed held a 3-shot lead going into Sunday, the conclusion of the day’s events were anything but foregone.  Playing with Rory McIlroy, it was a match play rematch of sorts that brought back a lot of memories from the Ryder Cup, where the two battled epically for 18 holes.  However, most of Reed’s competition would come from farther down the leaderboard with both Rickie Fowler and Jordan Spieth making incredible runs.

Reed certainly wasn’t perfect and started off shakily with an opening bogey, he did enough to fend off all comers and his game held up well when he needed it to.  It got tense at the end when Rickie Fowler (playing one hole ahead of Reed), birdied 9, 10, 13, 15 and 18 to post the clubhouse lead at -14.  However, the drama was short-lived when Reed dropped a 5-footer for par on 17 and drilled his drive down the left side of the fairway on 18.  From there, it was a fairly straightforward two-putt for par to clinch the tournament. 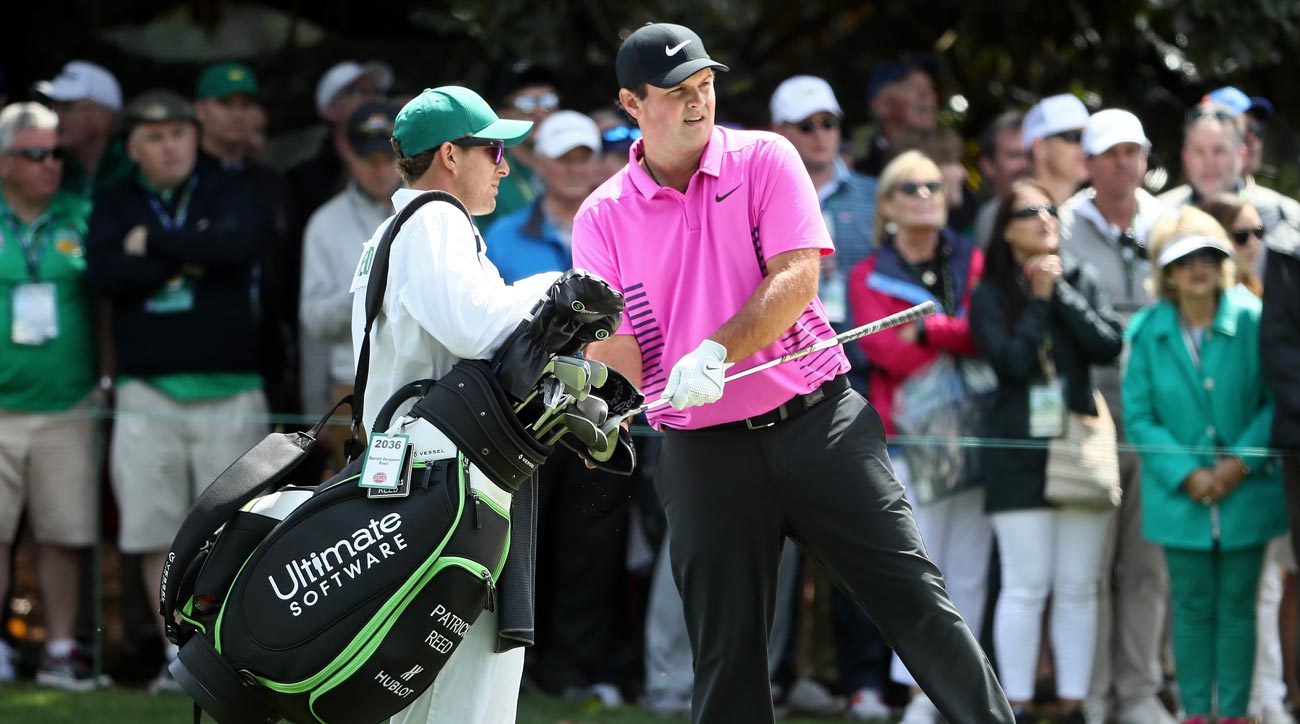 Patrick Reed grabbed his first major victory on Sunday with an impressive ability to fend off surging competitors left and right.  His play in the early rounds (69, 66, 67), followed by a Sunday 71, allowed him to edge out Rickie Fowler by one stroke and Jordan Spieth by two.  Reed has a mixed bag of equipment and the good news is that you can hit the same clubs as a Masters champ, even if you don’t always play like one.  Here’s what Patrick Reed used to win the 2018 Masters: 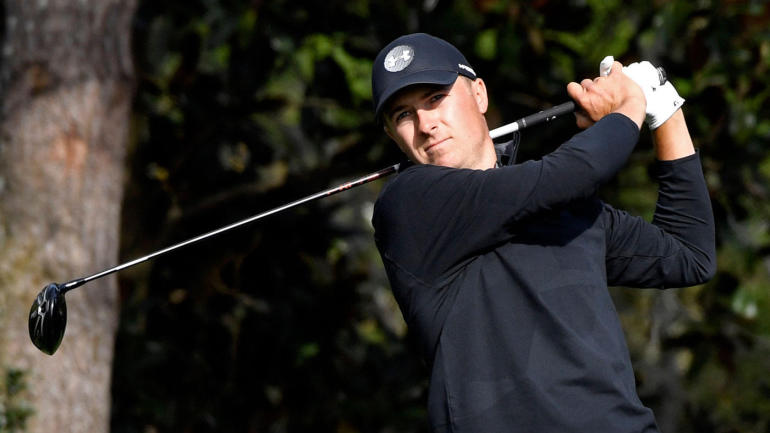 Going into Sunday, Spieth knew a few things.  He knew that he was sitting nine shots back off leader, Patrick Reed.  He also knew that he was paired with his good buddy, Justin Thomas.  All in all, he approached the day with a lot less stress on his shoulders and man, did it pay off.

Spieth started out hot, by birdieing the two opening holes and then added birdies at 5, 8 and 9 to card a 31 at the turn.  Then Spieth absolutely tore up the back nine with birdies on 12, 13, 15 and 16 to get to -9 on the day.  The most impressive was when he dropped a monster 33 footer for birdie on 16, which momentarily put him tied for the lead with  Patrick Reed.  That also put him in the position of tying a Masters record for low round.

Unfortunately the magic wore off on 18 when Spieth bogeyed, meaning he missed the record-tying event by one shot.  Even with the bogey at the end, it was a round to behold and I’m sure Spieth will have many more opportunities to set records in the future.

Watch Jordan Spieth drain a 33-footer for birdie on 16:

.@JordanSpieth moves into a tie for the lead at 14-under par with the lengthy birdie on No. 16. #themasters pic.twitter.com/vAGnHpHyno

What Happened With Rory? 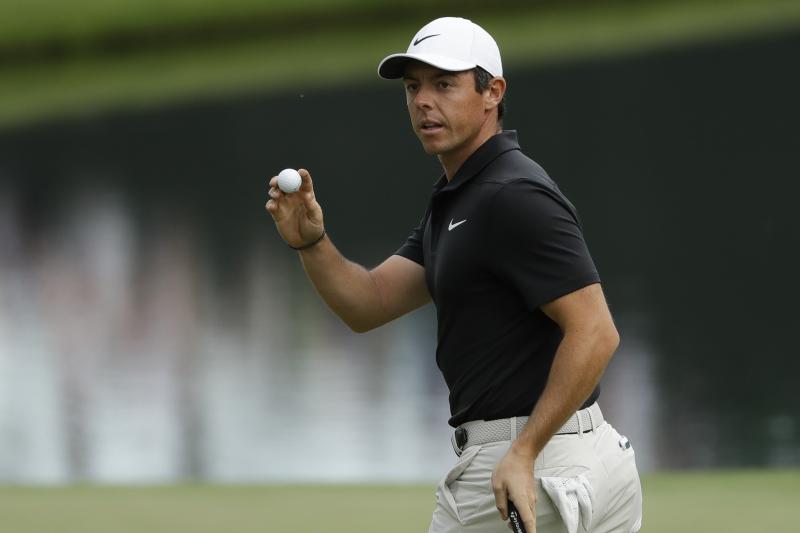 The pieces all seemed to be coming into place for Rory McIlroy at the 2018 Masters.  Paired with Patrick Reed in the final group, McIlroy was 3 shots back to start the day, but quickly closed the gap by going Par-Birdie to Reed’s Bogey-Par.  McIlroy then bogeyed 3 but then bounced back with another birdie on 4.  Rory would only have one more birdie the rest of the round, which was good enough to land him in a four-way tie for fifth place.

After the round, McIlroy was candid about his frustration, saying, “Of course it’s frustrating, but it’s hard to take any positives from it right now, but at least I put myself in the position.  That’s all I wanted to do.  The last four years I’ve had top 10’s, but I haven’t been close enough to take the lead.  Today I got myself there.  I didn’t quite do enough.”

Indeed, this was Rory’s fifth straight top 10 finish at the Masters and the Green Jacket is the one major trophy that has eluded him thus far.  The good news for Rory is that he’s still incredibly young.  At just 28, he’s got plenty of time to win the Masters, and most fans and critics firmly believe that McIlroy will win at Augusta someday, just not this year.

Rickie Fowler Almost Did Enough to Win His First Major…Almost 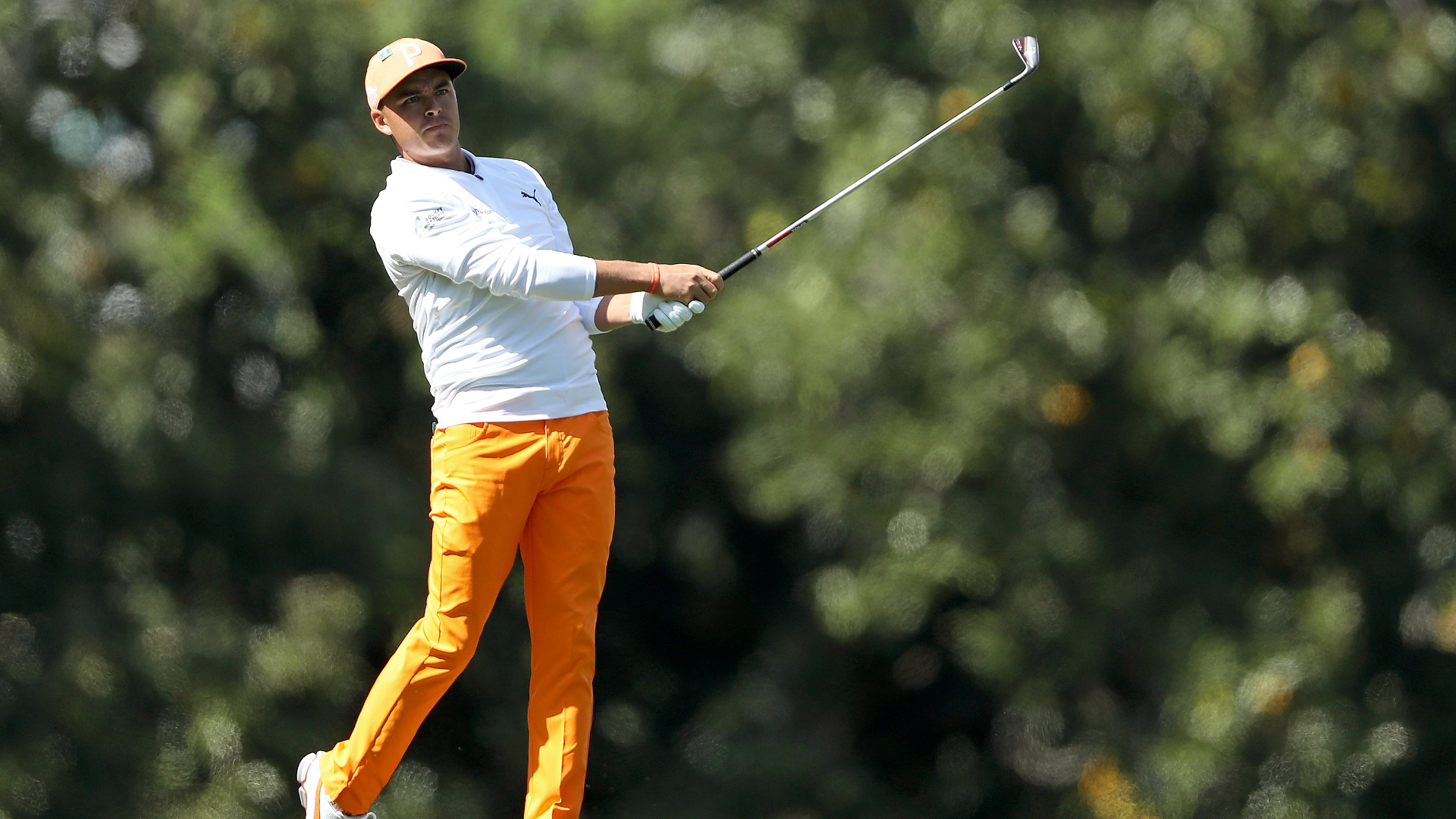 Watching Rickie Fowler play on Sunday at the Masters, you got the feeling that 2018 was going to finally be his year for a Major victory.  He started with a 5-shot deficit and didn’t do much on the front 9 to make a dent, but starting on hole 8, Fowler went on an incredible tear with a series of birdies, sand saves and great putts that put him one back from Patrick Reed.

Unfortunately for Rickie, Patrick Reed was able to rise to every challenge.  Well-known as one of the most supportive players on tour, Fowler greeted Patrick Reed on 18 and seemed genuinely happy for his competitor.  This was Fowlers eighth top 5 finish at a Major, and while that may seem like a sign of “always a bridesmaid” syndrome, things are definitely looking up for Rickie.

“It feels a lot different,” Fowler said.  “This is the most, I mean, I am ready to go and win a major, but this was kind of the first major week that I understood that and known that and felt that.”

Fowlers impressive play on the back 9 will likely give him a boost of confidence going into the rest of the season and it now just seems like it’s only a matter of time before Rickie Fowler lands his first major win.

Watching Charley Hoffman is always fun for fans since he seems like just another one of your golf buddies.  We now know that Hoffman also celebrates a hole in one at the Masters like an average Joe.  After an incredible hole in one at 16 on Sunday, Hoffman explodes with joy and celebrates with his caddie, his competitors and pretty much anyone else within arms reach.  Check it out: