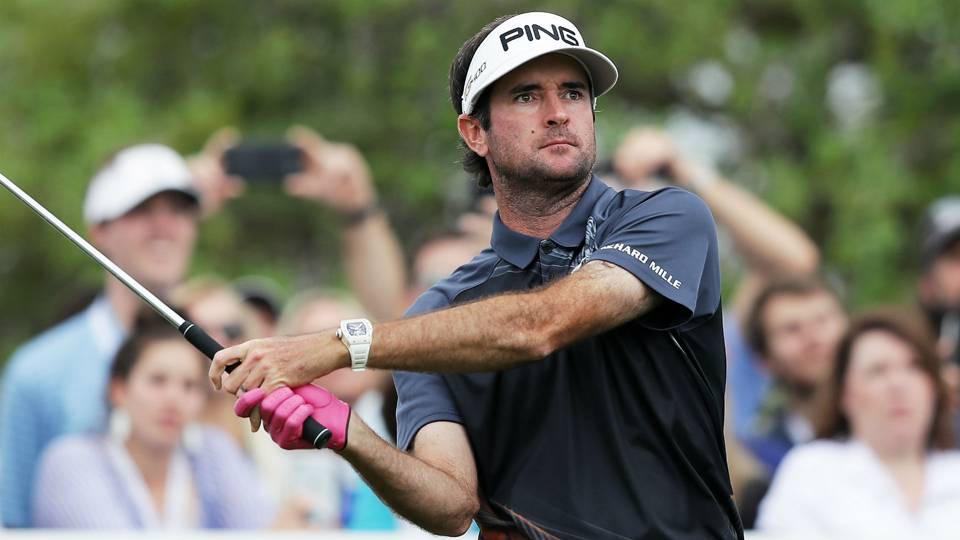 There was certainly a lot of drama in the matches leading up to the final between Bubba Watson and Kevin Kisner.  In the end though, the final matchup was more of a blowout with Bubba winning 7-and 6.

While Watson certainly played well and deserved his victory, a large part of his big win was due to Kisner’s poor performance.  After squeaking past Alex Noren in a 19-hole semi-final, Kisner made four straight bogeys in the final match and had birdie chances only twice on the front nine.

Ironically, Watson had actually scheduled a family vacation to start on Sunday because he figured he never usually makes it this far in match play tourneys.  In the end, Bubba was happy to reschedule the trip as he emerged victorious.

While it’s great to see familiar names win every week, what’s even more interesting is what Bubba’s win does to the Masters predictions.  With so many great golfers playing amazing golf right now, the biggest event of the year is shaping up to be one to remember.

Bubba Watson absolutely dominated Kevin Kisner in the final round of the WGC Dell Technologies Match Play Tournament this past weekend.  Bubba plays Ping clubs, and the good news is that you can play just like Bubba…even if you don’t actually play like Bubba.  Here’s what he had in the bag:

People – there is a reason why hundreds of golf courses are being remodeled to account for longer drives of the modern golfer and that reason is Dustin Johnson.  While DJ lost in the opening round of Match Play, he did acquire a new record – longest drive in the history of the PGA Tour.  On the Par 5 12th hole at the WGC Dell Technologies Match Play, Dustin absolutely crushed a 489 yard drive down the right side of the fairway.

The shot is bonkers and even more so when you look at DJ’s drive compared to Kevin Kisner’s, which was a salty 350 yards:

Too bad statistics don’t officially count in this event since it was match play format so Davis Love III will continue to hold the official record at 476 yards.  Oh, and Bubba Watson also hit an iron 366 yards this weekend.  This guys are ridiculous!

Had Justin Thomas just advanced to the final round of the WGC Dell Techologies Match Play tourney, he would have earned enough points to take the number one spot from Dustin Johnson.  Unfortunately for Thomas, he had to get through Bubba Watson in the semifinals and Bubba, who went on to win the tournament, beat him 3-and-2.

After the match, Thomas was refreshingly candid when asked if he felt a lot of pressure to take the number one spot.  He said, "I haven't had such a hard time not thinking about something so much and that really sucked. I couldn't stop thinking about it, to be perfectly honest. And I think you're constantly getting questions about it with the media, but I need to be mentally stronger than that, and understand that it's just a match."

Justin Thomas’ next chance to reach his goal will be in two weeks at the Masters.  We’ll see what happens!

This is a story that is probably painful to read for any golfer because let’s face it – we all want to go to the Masters.  Poulter knew going into the weekend that a top finish would hear him a spot in the top-50 World Rankings and an invitation to Augusta.  After winning his morning match against Louis Oosthuizen, Poulter was told by “The Golf Channel, The Media and @EuropeanTour” that he’d earned a spot.

Unfortunately for Poulter, someone must be bad at math because 10 minutes before his afternoon match with Kevin Kisner, he was told that he wasn’t actually in yet.  Poulter lost that match 8 and 6 and seemed to imply with a tweet afterwards that the bad news right before the match impacted his play.

Whether that’s true or not, I think that we can all agree that’s a pretty crappy way to find out you’re not going to golf’s most hallowed ground.  Sorry Ian!